It has been a few months since we have commented on IPv4 transfer trends and we thought it would be interesting to determine, after transfers fell between 2015 and 2016, whether the reduction in transfers continued.  So, we ran the numbers. 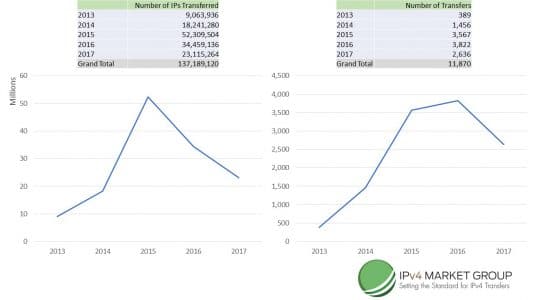 Is the IPv4 market really declining?  To help answer this question we looked at specific block sizes. 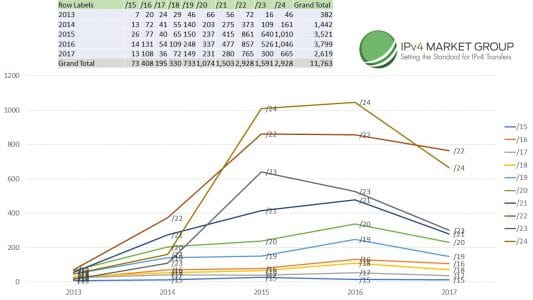 What does this tell us about the state of the IPv4 Market?  It seems to be healthy, but we are seeing that it is harder to find quality /18s and smaller blocks that are not blacklisted.  The decline is in the smaller space, and in the meantime, /16 and larger blocks continue to move as demand exceeds supply.  We expect supplies to continue to tighten in 2018, and the transfer statistics in the months ahead will tell the tale. Contact us today for a free consultation.