I thought it would be interesting to look at what is happening with IPv4 Transfer Activity since the ARIN run out. In late June, ARIN announced it would not be able to fill a request for IPv4 addresses, and for all intents and purposes, this was the start of ARIN run out. 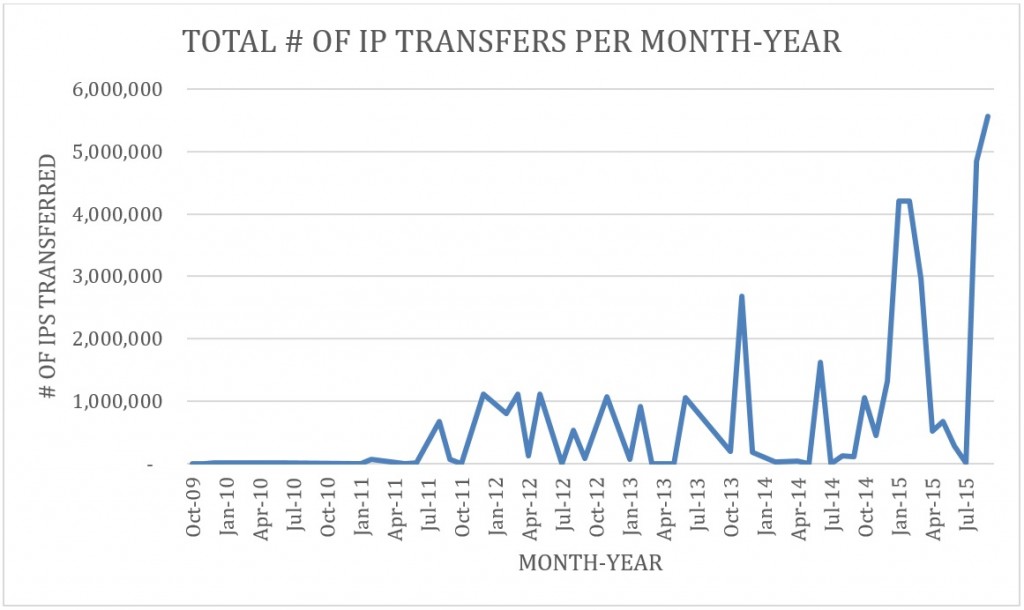 One would think that there would be two effects of ARIN run out:  1) companies that needed IPs would continue into the transfer market and we would therefore see a spike in transfers and 2) companies that didn’t need IPs as seriously would sit on the ARIN waiting list until such time as IANA gives ARIN a new allotment of free IPs.

In looking at Chart 1, which shows IPv4 Transfers in ARIN region, we do indeed see a remarkable spike in transfers upon ARIN run out.  The data behind this spike is dominated by three very large transfers to Amazon, Suddenlink, and Frontier Communications, and then several /16 and smaller transfers to various organizations.

Interestingly, during the same time period, from July to September of this year, RIPE Region saw a very different trend and level of transfer activity, in that it dropped to a relative low, as shown in Chart 2. 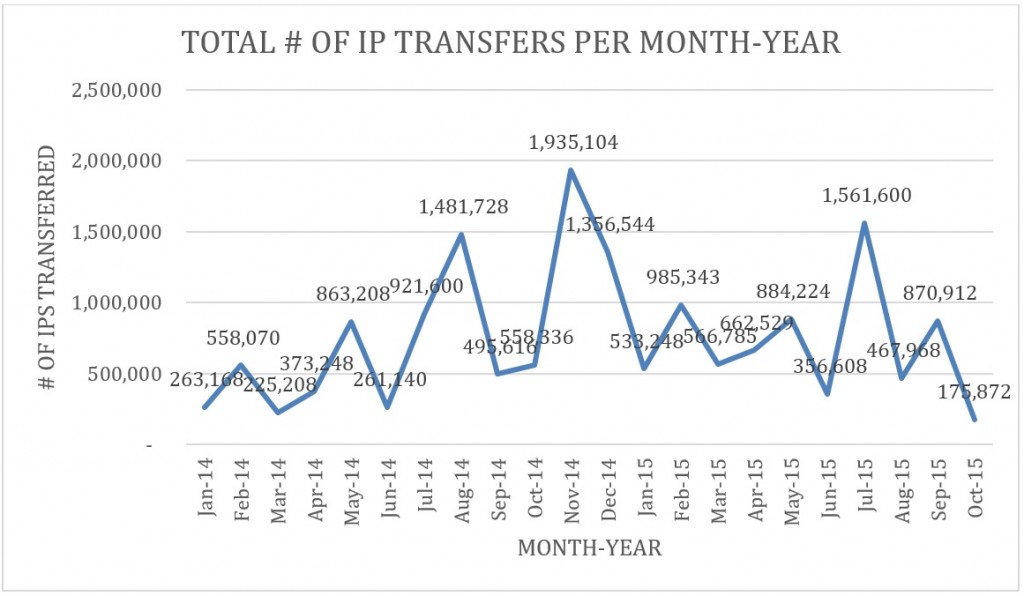 It appears that the relative IPv4 Supply Shortage in RIPE Region has led to a drop in trading.

Lastly, the APNIC Region also saw a drop in trading between July and September.  Since IPv4 trading in APNIC Region has fed from inter-RIR transfers from ARIN region in the past, this may simply be a summer trend which will pick up again in the fall. 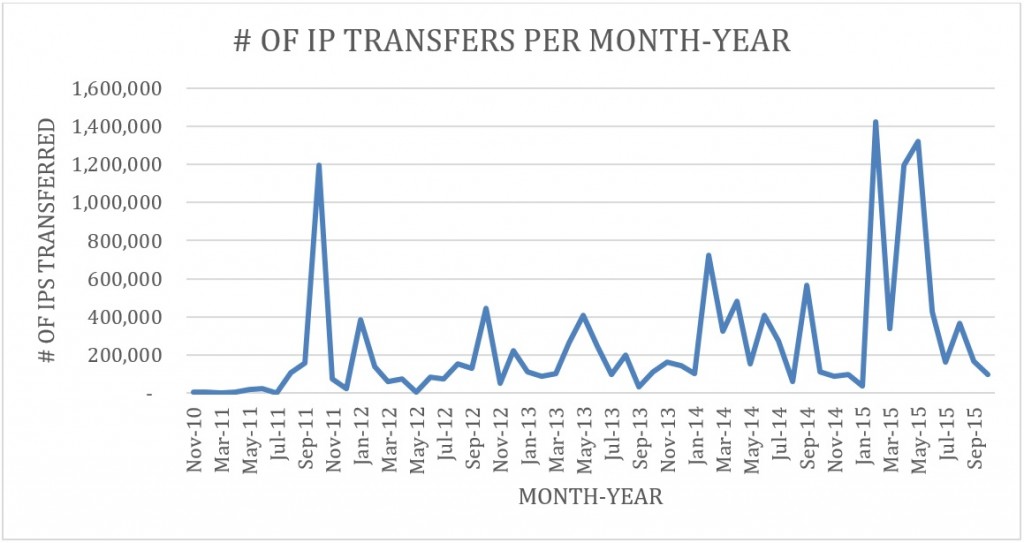