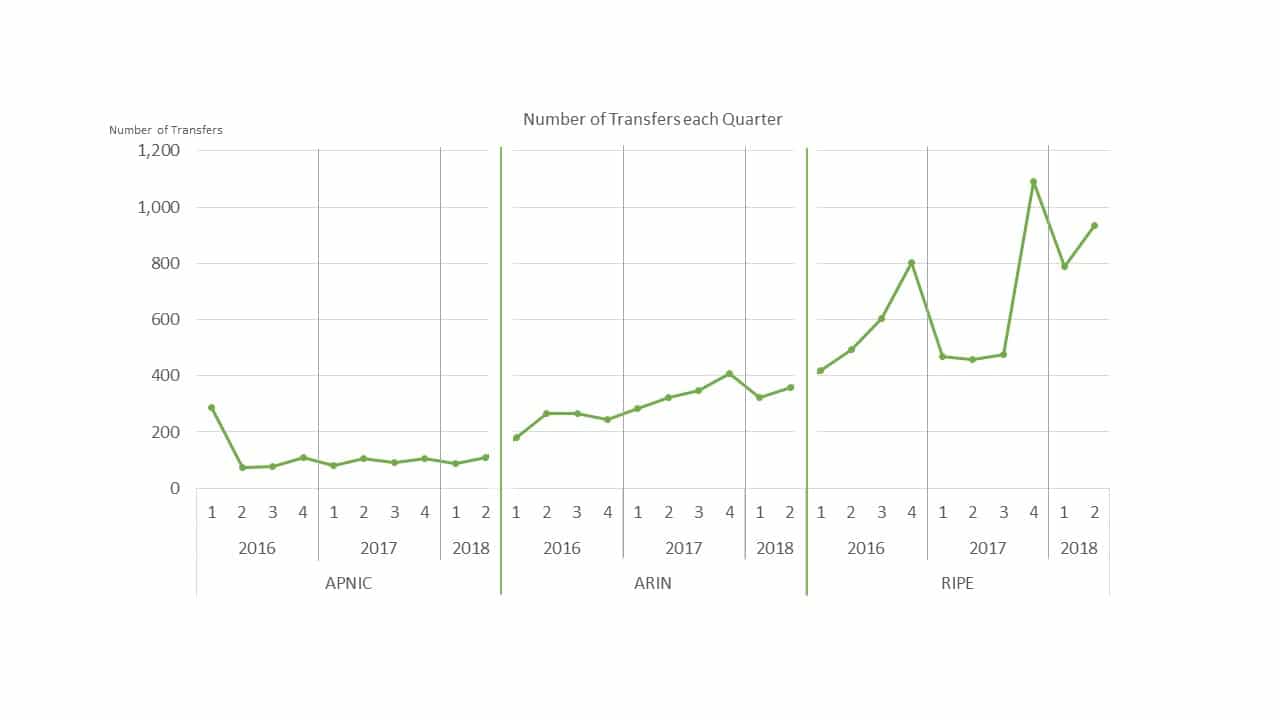 How does this translate into the number of IPs transferred?  In the first and second quarters of 2018 ARIN transferred the most IPs, moving 8.1 Million IPs in Q1 and 16.6 Million IPs in Q2.  This is roughly equivalent to one and a half /8s over the course of 2018 to date. 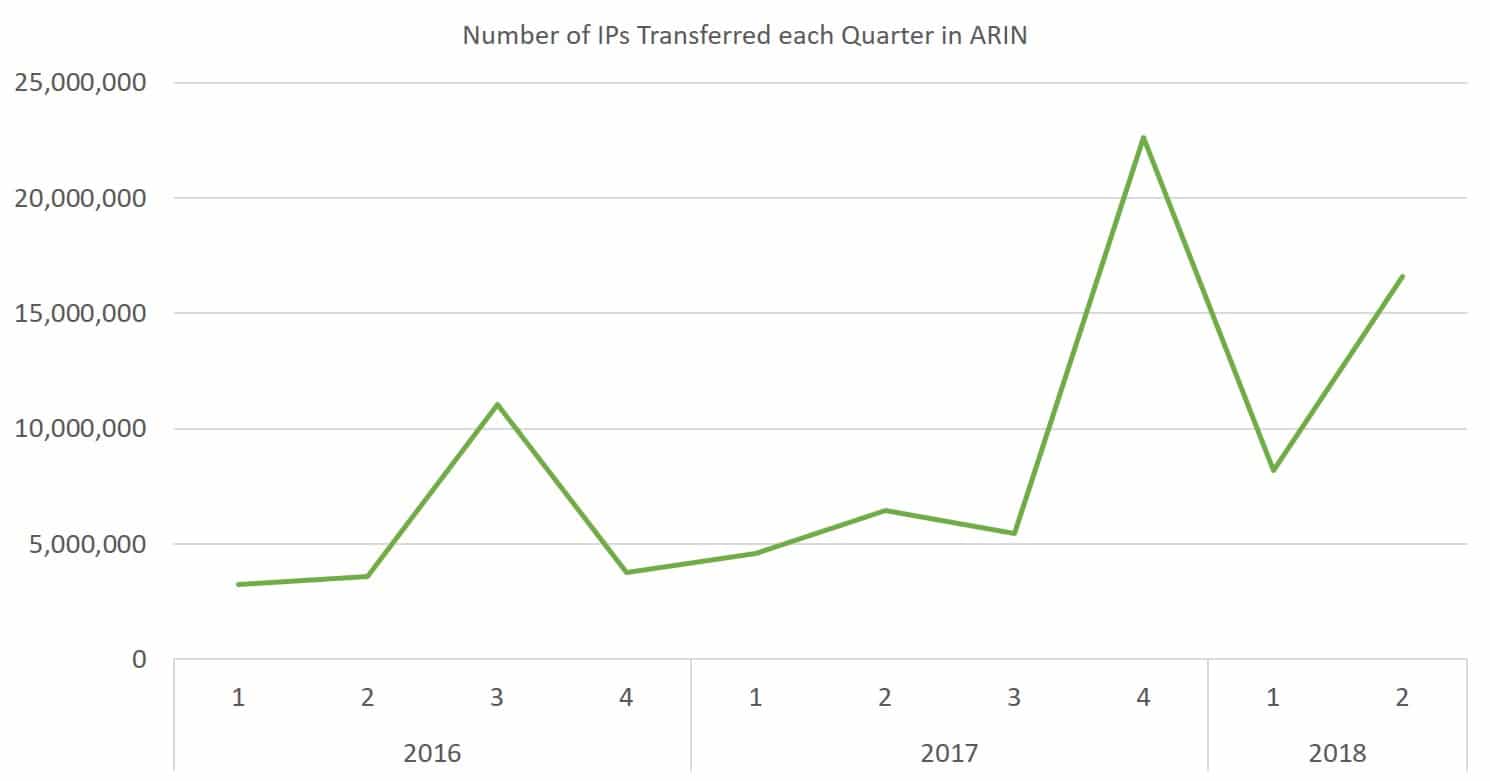 This IPv4 volume is down from the high in Q4 of 2017, but it is too early to say if the fourth quarter was the peak of the IPv4 Market. 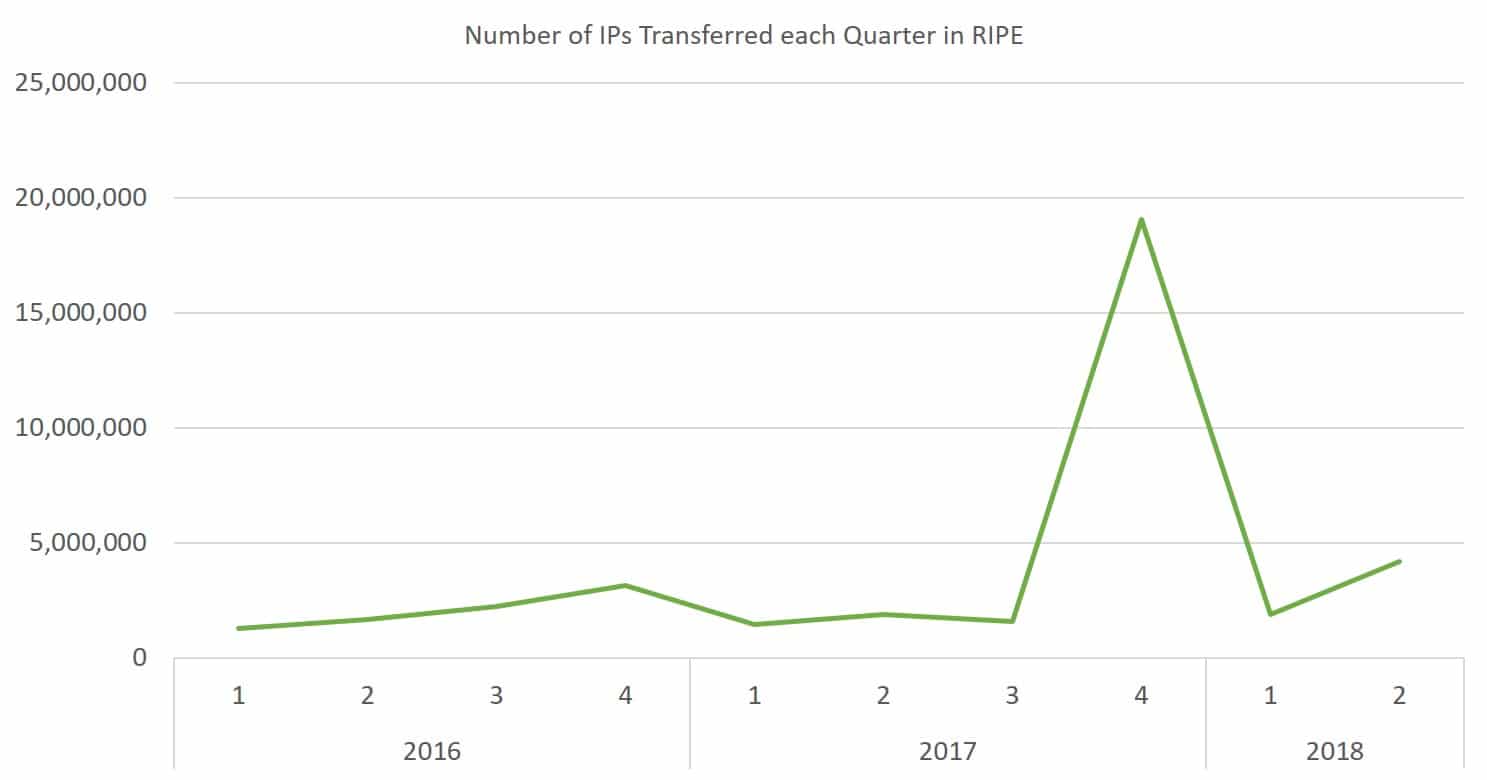 The IPv4 Market continues to roll along, and we will continue to watch the market as the transition to alternative technologies takes place.  Stay tuned!