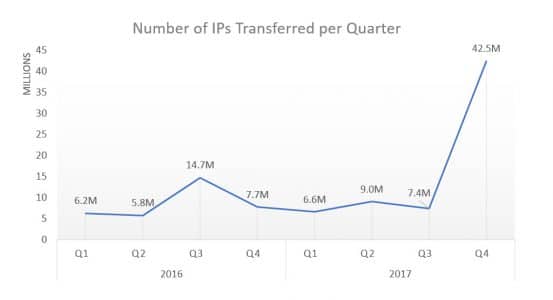 It was interesting to breakdown where this volume came from.  We compared the number of transfers to the number of IPs transferred:

Number of transfers within each region

Number of IPs transferred within each region (in millions) 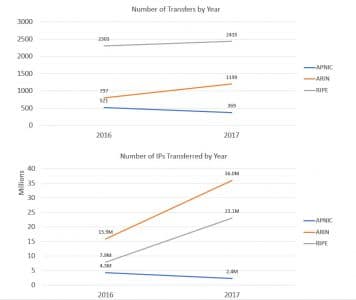 This becomes clear when we look at the very large transfers:

The above points help to show where the sudden increased volume came from.  This raises the question:  Can the increased transfer volume continue in 2018?  More to come, in our next blog.